Unlike traditional footwear which contains harmful plastic waste, Johnny Footwear has created the world’s first biodegradable sneaker that grows into a tree.

“Most people don’t realize the shoes they wear are harmful to the planet. They contain plastic that floods our oceans and landfills and sticks around for up to 1,000 years” says Luc Houle, founder of the environmentally conscious shoe brand.

He realized something had to be done since the industry wasn’t changing their practices quickly enough.

“Our compound feels like traditional athletic shoes, but they biodegrade in 3 years rather than the typical 1,000,” he says.

The company launched its crowdfunding campaign on October 12, raising over $73,000.

The shoes won’t biodegrade on your feet. It requires consistent exposure to the elements in an underground environment to activate. After eighteen months the midsole will be 53 per cent biodegraded and an apple seed is released where it will begin the process of germination.

Based on innovative engineering and design concepts, Johnny successfully addresses the problems faced by today’s shoe aficionados in areas of mobility, convenience, comfort, versatility, durability, and aesthetics, unmatched by most other competitive products.

All photos courtesy of Johnny Footwear

Houle says Kickstarter was the ideal platform to launch Johnny. 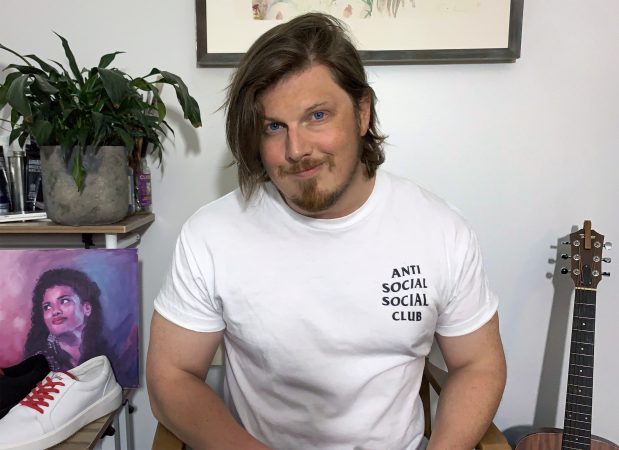 “This is a new product, a new company and a new way of bringing innovation to the world.”

Though the Kickstarter is now over, Johnny is accepting pre-orders through their website for August 2022 delivery.

You can learn more by visiting the company’s website https://www.johnnyfootwear.com