Coastal Gaslink continues to provide support to its workforce and those specific individuals impacted by an attack last week at an active construction site, as company officials have been left disturbed by the level of violence and destruction.

“Our people were terrorized during this violent incident. In the last 24 hours, I have had the opportunity to hear from our workforce, Indigenous and community leaders, governments, and our partners, and all have expressed their outrage about this attack,” said Kent Wilfur, vice president project delivery, Coastal GasLink. “We appreciate the outpouring of support for our workers, including the labour unions who represent them, and stand together in condemning these actions.”

Here’s the latest information Coastal GasLink can share about the Feb. 17, 2022, attack: 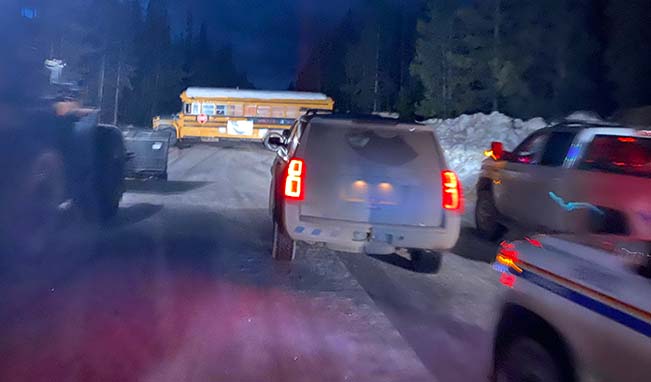 “We are calling for government to instruct the RCMP to increase security measures to ensure the safety of our members and all workers involved in the construction of the Coastal GasLink Project. Workers and their families should never have to endure the traumatizing events that unfolded in the early hours of Thursday, Feb. 17. We hold our members, our contractors, and Coastal GasLink to the highest safety standards possible, and now we need the government to ensure sufficient and sustained law enforcement throughout this project,” says Kevin Kohut, provincial director,Christian Labour Association of Canada (CLAC).

The CLAC is a labour union that represents companies in the construction, healthcare, and food industries, established in 1952 to represent workers on the basis of “Christian social principles.”

Once the police investigation on site is complete, the company will finalize the damage assessment and resume construction as soon as we are safely able to do so. Work on the 670 km pipeline project route is nearly 60 per cent complete.

“We are aware of reports that wrongly suggest that this attack was staged. We find these suggestions offensive and irresponsible as they only serve to re-traumatize the workers who experienced the violent attack,” Wilfur added.