However, these tests only provide a “snapshot” of motor health. In a matter of only a few days, motor windings and cables that are exposed to moisture, chemicals, contaminants or vibration can become compromised and fail at startup. 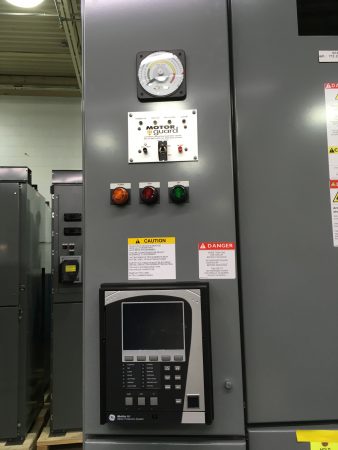 MotorGuard in the control centre.

These tests expose technicians to potential arc flashes when they access the cabinet. In the United States alone, non-fatal arc flash incidents occur approximately five-to-10 times per day, with fatalities at the rate of approximately one per day.

With so much at risk, plant managers are recognizing the value of continuous megohm monitoring of insulation resistance that initiates the moment the motor is off until it is re-started again.

Armed with this real-time information, maintenance personnel are able to take corrective actions ahead of time to avoid a failure that would interrupt production. By doing so, they can save utilities hundreds of thousands of dollars in repair fees for expensive rewinding, failure-to-produce penalties and lost production time.

No matter the industry, processing plants rely heavily on motors, though the number and type vary depending on the size of the plant and type of fuel burned. Some plants can have as many as 20-30 critical motors, with five-to-10 average.

Critical motors are essentially those that could significantly impair the ability to safely meet business objectives or affect production levels if unexpectedly offline. Examples include 480-volt motors up to 13,800 volts that are used to operate compressors, pumps and fans.

Most utilities maintain these motors through time-based preventative maintenance (PM) programs. Insulation resistance tests are typically scheduled on a semi-annual basis; however, given the reduction in personnel at most plants, it may even be less frequent. Based on these tests, motors may be scheduled to be sent out to repair shops for reconditioning.

Typically, insulation resistance tests are also conducted at the start of annual overhauls or planned outages, to identify any motors that might also need repairs.

Still, despite PM programs, motors that are offline or are frequently cycled can be quickly compromised.

“We had our fair share of motor failures, and it became quite costly,” says Richard Hohlman, who retired after 37 years working in power generation plants. “Sometimes the failures can be really expensive. At that particular plant, we had a couple of Westinghouse two-speed PAM AC induction motors and rewinding one of them would have been a six-figure expense.

“From an O&M (Operations and Maintenance) perspective, if we can identify a weak motor and avoid the risk of trying to start it up and having it fail, that is a big savings,” adds Hohlman.

To avoid this scenario, Hohlman says he required all critical motors at a Long Island Sound 1,500-megawatt plant that were shut down for 24 hours or more to be manually tested with a megohmmeter before being restarted.

“That became an expense in itself, because the tests are often conducted at different hours of the day, at overtime rates,” says Hohlman. “But, by doing it we avoided a number of motor failures.”

Hohlman says a member of his team discovered a continuous testing and monitoring device, the Meg-Alert, and installed it initially on four circulating pumps and several induced draft fans. Later, the devices were also added to several forced draft fans and other critical motors throughout the plant.

The Meg-Alert unit is permanently installed inside the high voltage compartment of the MCC or switchgear, and directly connects to the motor or generator windings. The unit senses when the motor or generator is offline and then performs a continuous dielectric test on the winding insulation until the equipment is re-started.

The unit functions by applying a non-destructive, current limited, DC test voltage to the phase windings and then safely measures any leakage current through the insulation back to ground. The system uses DC voltage levels of 500, 1,000, 2,500 or 5,000 volts that meet the IEEE, ABS, ANSI/NETA and ASTM International standards for proper insulation resistance testing voltage based on the operating voltage of the equipment.

The test does not cause any deterioration of the insulation and includes current limiting technology that protects personnel.

“With continuous monitoring, the O&M team is aware at all times of the motor’s fitness for duty,” says Hohlman. “Every single time the motor shuts off, if it is for seconds, a day, or for the 10 days of an outage, the motor is being tested. And if it goes below a safe level, it alarms immediately and can lock the motor from even starting.”

This stands in stark contrast to the snapshot taken by a megohmmeter at the start of a shutdown. In a matter of a few hours or days, the motor can pick up considerable moisture due to humidity and contamination.

“An electric motor can absorb enough moisture in as little as a few hours in the southern region of the country to damage a motor on start up,” says Ricky Loupe, electrical and instrument manager at a plant that makes a powdered form of Polyvinyl Chloride (PVC) as well as the primary component ingredient, vinyl chloride. “There are many rainy days with high humidity down here in the South, and moisture and electricity don’t mix.

“When a motor is full of moisture and is started, the windings will go to ground and damage the motor,” adds Loupe. “So now you have a critical motor with damaged windings that will cost a significant amount of money to repair.”

An engineer at the time, he and his team conducted an analysis to determine the root cause of the problem and how to prevent it. After learning more about the Meg-Alert, he purchased one as a trial. Loupe says it was installed on a 4,160V, 1,200hp, WP enclosure motor that was used to drive a compressor on a chiller unit. 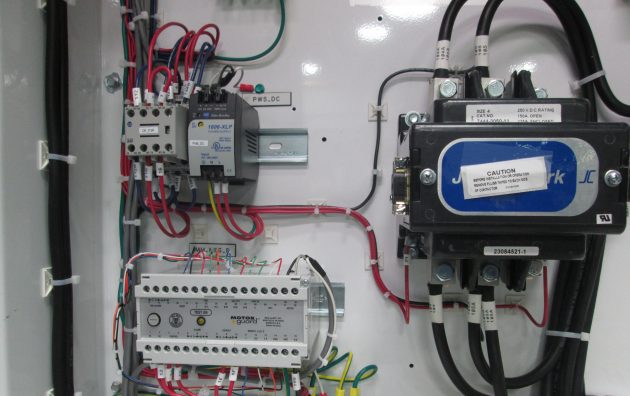 MotorGuard on a synchronous motor.

Based on production requirements, some of the chillers were turned off and only used when needed. This meant the motors on some of the units could sit idle. Prior to running a chiller again, the motors had to be tested using portable megohmmeters.

“Often this work was after hours, due to operations demands and requirements to start them up as quickly as possible,” explains Loupe. “We would have technicians come in on weekends – frequently at overtime rates – just to come and test the motors so they could start them.”

Loupe says with the Meg-Alert units, that information is now available in real-time. He was further convinced after the device, which is connected to the starter, would not allow the motor to turn on due to low megohm resistance readings after a rainy day.

“The Meg-Alert would not allow the motor to start because there was too much moisture in the motor,” explains Loupe. “That, right there, paid for the continuous monitoring unit 10 times over.”

Today, the plant has Meg-Alerts on all 10 chiller motors as well as on four 900hp cooling tower pumps in another area of the plant.

The continuous monitoring system also allows for a “hands-off” approach that does not require service technicians to access control cabinets to perform a manual insulation resistance test.

Instead, an analog meter outside on the control cabinet door shows the insulation resistance megohms readings in real time. The meter also indicates good, fair and poor insulation levels through a simple “green, yellow, red” colour scheme. When predetermined insulation resistance set point levels are reached, indicator lights will turn on to signal an alarm condition and automatic notifications can be sent out to the monitoring network.

Continuous monitoring can also show if the heaters used to maintain thermal temperatures or prevent condensation are working properly.

Most motors utilize heaters to maintain the temperature inside the motor so it doesn’t vary drastically from operating temperature or ambient temperatures outside the unit. If it goes below the dew point, the motor will start picking up condensation while offline.

However, if these heaters fail to operate properly or the circuit breaker is tripped, maintenance personnel may not be aware of it until the motor fails on startup. Although these motor heaters are checked regularly, this can leave critical motors and generators unprotected for weeks or even months. 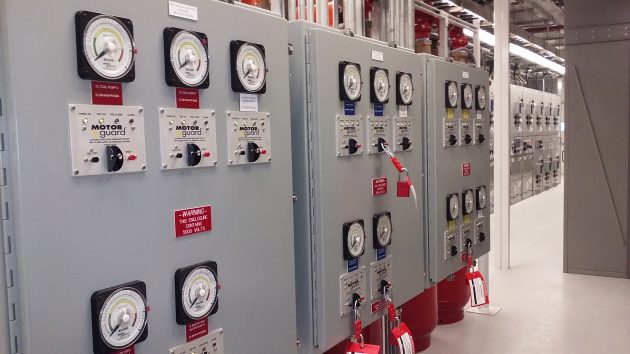 “With the continuous insulation resistance monitoring devices, you eliminate the potential harm of arc flashes by not having the technician open cabinets for megohm testing at all,” says Loupe.

Arc flashes are an undesired electric discharge that travels through the air between conductors or from a conductor to a ground. The flash is immediate and can produce temperatures four times that of the surface of the sun. The intense heat also causes a sudden expansion of air, which results in a blast wave that can throw workers across rooms and knock them off ladders.

Among the potential causes of an arc flash listed by NFPA 70E includes “improper use of test equipment.” Although de-energizing equipment before testing and wearing appropriate personal protective equipment (PPE) is recommended, the best solution is to eliminate the need to access the control cabinets at all to perform insulation resistance tests.

In addition to the risk of arc flashes, Loupe has witnessed another potential risk firsthand that can occur if a motor shorts out within feet of an employee.

In the plant, personnel are only about five feet away from the motor when starting the chiller. If the motor shorts out, it can make a huge noise and throw out a mass of sparks.

“With continuous insulation resistance monitoring, you don’t have an employee in harm’s way if the motor fails on startup,” says Loupe. “The device prevents that safety concern as well.”