Ammonia gas leaks are dangerous and even deadly. Exposure to ammonia at levels as low as five to 15 parts per million can cause irritation and discomfort. Levels above 300 parts per million – or approximately 15 per cent by volume – can be flammable and can cause serious injury or even death.

Leaks can occur during general maintenance of an entire refrigeration system when ammonia is delivered from a chiller through pipes to different parts of the refrigeration process – such as pumps, the evaporator, and tanks.

Generally, leaks occur at the most vulnerable parts of a cooling system, such as joints and connections. Ammonia can also be released by accidents with material handling vehicles, such as when a forklift or a pallet jack strikes part of the cooling system.

While leaks that do not result in a fire do not cause property damage, the threat to worker health is pressing, and federal law requires that any ammonia leak be reported to the Environmental Protection Agency (EPA) and to the Occupational Safety and Health Administration (OSHA). OSHA in particular levies very high fines for leaks – charging more than $100,000 for an incident depending upon how a cooling system is designed.

New regulations to come into effect

Ammonia leaks, unfortunately, are on the rise due to the increased use of natural refrigerants over fluorinated gas counterparts, and also due to population growth, which has led to the need for more cold storage.

In the face of this mounting concern to ensure worker safety, the International Institute of Ammonia Refrigeration (IIAR) has updated its standards for the safe regulation of this dangerous gas. Headquartered in the United States, IIAR is the world’s leading advocate for the safe, reliable and efficient use of ammonia.

IIAR regulations, established by industry experts, are the rule of law in the United States, where they are enforced by OSHA and EPA. The regulations apply to any organization that uses ammonia closed circuit refrigeration systems. 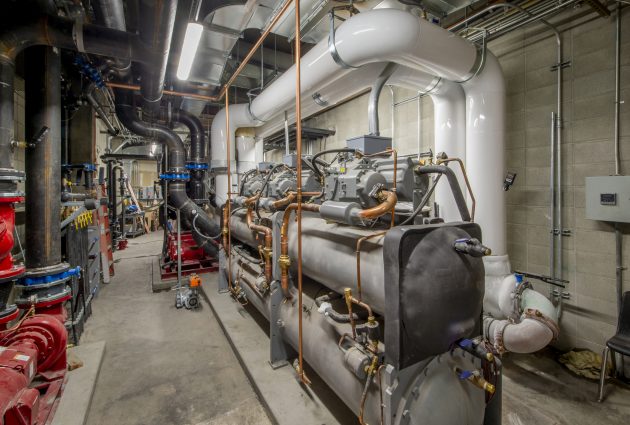 The IIAR-2A standard, which has been in effect for a number of years, requires at least two ammonia detectors in a machinery room to monitor for leaks. In addition, safely designed ammonia refrigeration systems must have at minimum one audible and one visual alarm placed in the room or area around the ammonia engine or machinery. The audible alarm is required to be 15dBA (decibels measured in the A-scale) above ambient sound pressure level (SPL) and 5dBA above the maximum SPL in the area where the alarm is present.

By 2021, IIAR’s recent update to this standard will be followed by all other system design standard agencies such as the American Society of Heating, Refrigerating and Air-Conditioning Engineers, and the National Fire Protection Association. The new IIAR regulations, followed by these other standards, will make it easier to design standard cooling systems while also making working conditions much safer across the country. 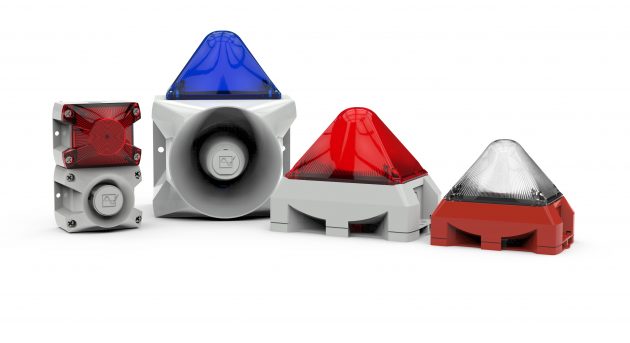 The industry expert in ammonia gas detection alarming, Pfannenberg produces visual alarms (strobes), audible alarms (horns), combined devices that employ both of these methods, and multi-coloured stacklights. These products are the most cost-effective signalling devices on the market for proper ammonia coolant system design under IIAR-2A.

The company has further developed a mathematical approach for product selection that assists the customer in choosing the correct signalling device based on the conditions of the area where ammonia is present. This approach, known as Signalling 3D-Coverage, ensures that workers can hear and see an alarm when it is activated, no matter where they are when ammonia is present.

Specifically, 3D-Coverage removes the inaccuracy of choosing the correct audible and visual alarm just by its marketed decibel output. For example, even though an alarm may be 100dBA at a distance of 10 feet, this does not mean it will be 100dBA in all areas of the room. The Pfannenberg 3D-Coverage approach ensures the safest alarming technique in the market at the most cost-effective manner.

According to OSHA, 25 cases of ammonia leaks were reported in the past five years, and 36 people were severely injured or killed due to these accidents. These statistics, moreover, do not take into account the number of people who were exposed at lower levels to this deadly gas. In a facility such as a food plant, which may be entirely refrigerated by ammonia, it is possible for an ammonia leak to lead to a mass incident – threatening hundreds of workers, and even affecting people in nearby areas. But with the proper signalling devices, many lives may be saved.

About the author: Jake Vernon is a product specialist – audible & visual signalling, with Pfannenberg USA.