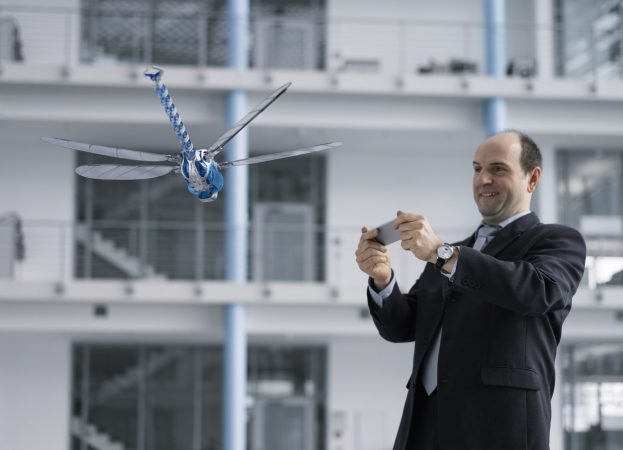 The chapter “Robots” presents the most amazing records from the world of super robots and artificial intelligence. The BionicOpter, an ultra-light flying object based on the dragonfly, is named there as the world record winner for biggest flying robotic insect.

“It is fascinating what we can learn from nature. Curiosity and joy in innovation drive us to keep trying new things. We are very pleased to be included in Guinness World Records – it’s a great validation”, says Karoline von Häfen, head of corporate bionic projects. 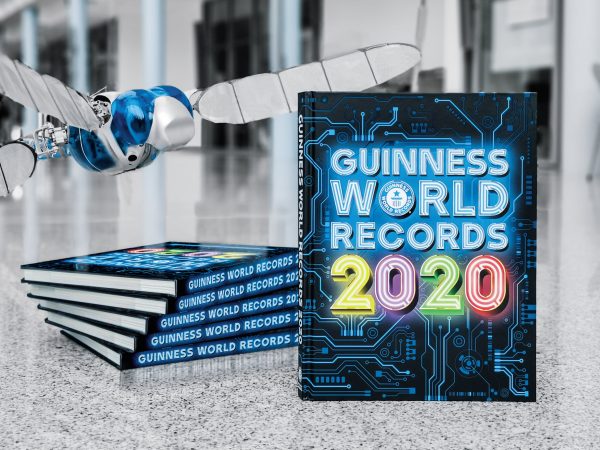 After bird flight had been deciphered with the SmartBird in 2011, the developers took on their next-biggest challenge in the Bionic Learning Network: modelling the dragonfly at a technical level.

The BionicOpter is an ultralight flying object. Just like its model in nature, the BionicOpter can fly in all directions and execute the most complicated flight manoeuvres. The BionicOpter’s ability to move each of its wings independently enables it to slow down and turn abruptly, to accelerate swiftly and even to fly backwards. This means that for the first time there is a model that can master all the flight conditions of a helicopter, plane and even a glider.

Despite its complexity, the highly integrated system can be operated easily and intuitively via a smartphone.

The principles of ultra-lightweight construction are applied throughout the flying object. With a wingspan of 63 cm and a body length of 44 cm, the model dragonfly weighs just 175 grams. The wings consist of a carbon-fibre frame and a thin foil covering. The intelligent kinematics correct any vibrations during flight and ensure flight stability.

In order to stabilize the flying object, data on the position and the twisting of the wings is continuously recorded and evaluated in real time during the flight of the dragonfly.