OpenPDM 9.3 provides even more links to the ALM and ERP world 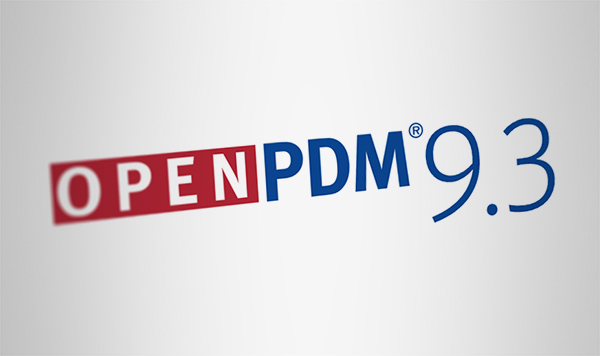 With version 9.3, PROSTEP will this year be presenting the second major release of its OpenPDM platform for PLM integration, migration and collaboration.

The main focus of its further development was, on the one hand, placed on improving connectivity to the ALM (Application Lifecycle Management) and ERP world and, on the other hand, enhancing the user-friendliness of the interfaces and reporting functions. Another highlight is the fact that OpenPDM is now even easier to deploy in cloud scenarios.

PROSTEP is currently developing a new connector to the ALM platform codebeamer in close cooperation with the ALM vendor Intland and its own subsidiary BHC, which specializes in ALM/PLM solutions for electronics and software development. The connector for OpenPDM 9.3 is scheduled for release this year. The new version also includes connectors to the ALM solutions Polarion from Siemens and PTC Windchill RV&S (formerly known as PTC Integrity), to the ERP system from IFS to the Primavera P6 software from Oracle, and to Cameo Teamwork Cloud from Dassault Systèmes. PROSTEP has also extended the Windchill connector, which now also supports PTC Windchill’s REST interface.

New and further developments include improvement of the export functions and the logic of the connectors to ensure that large data structures can be exported more easily and with a higher level of performance. It is also easier for users to respond to infrastructure problems and trigger automatic retry without administrator support. The mechanism can be managed more finely.

The new semantic check for Business Process Model and Notation (BPMN) offers developers much better support when it comes to defining processes for data synchronization. If inconsistencies are identified, they are alerted to potential problems prior to the first test run with test data. The representation of the process history has also been significantly improved, which is especially helpful when dealing with a large number of processes. They are displayed in the process report in graphical form, thus making it easier for developers to navigate the graphs and interact with the processes.

The file service in OpenPDM 9.3 now also supports the integration of cloud-native solutions such as AWS S3 buckets. In the context of Infrastructure as Code deployment, new and improved templates are available for automatically rolling out OpenPDM in an AWS or MS Azure virtual private cloud. Support is provided for the container solutions Elastic Container Services (ECS) and Elastic Kubernetes Services (EKS) from AWS, as well as Azure Kubernetes Services (AKS). Deployment can be carried out with proprietary languages like CDK as well as with Terraform.

The new release of OpenPDM can be used even more flexibly in heterogeneous IT system landscapes to connect different PLM, ALM and ERP systems with each other without any need for interface programming, as product manager Mirko Theiß points out. “It is also no longer important whether the various IT systems are installed on site at the customer’s premises or in a cloud infrastructure.”