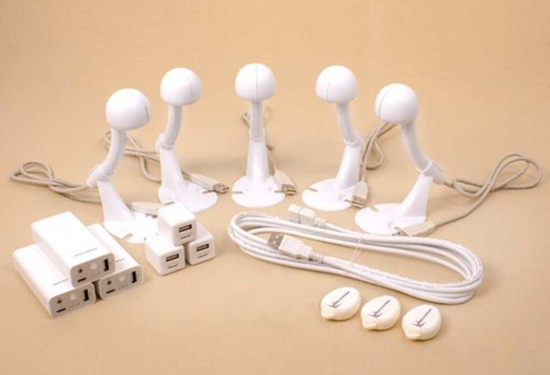 WISER Systems, Inc. will showcase new features of its wireless IoT location system at next week’s 2019 Consumer Electronics Show (CES). The company will conduct live demonstrations of its new real-time 3D asset tracking capabilities and an enhanced mobile user interface that will provide instantaneous asset visibility and movement history on a facility map or interior floor plan. The CES demonstration will be the first time these new features have been rolled out publicly.

WISER’s ultra-wideband (UWB) mesh locator solution delivers real-time asset visibility by displaying asset locations and movement histories on a facility map or floor plan, delivering precise location without the need for expensive or permanent infrastructure, even in the most complex environments. Applications for the system include automotive and aerospace manufacturers, warehouses, retail, security, healthcare and U.S. military facilities.

“Our exhibit at CES this year will showcase a live demonstration of the advanced technology features that we have recently added to our location system,” explained WISER CEO Dr. Elaine Rideout. “In addition to the 3D tracking capability and the mobile interface, we have enhanced the system’s zoning and geofencing features and improved the asset filtering / labeling functions, as well as the capability for tracking history playback and display on the user interface. Other technology advancements include improved system scalability and ongoing product hardening, as well as an expanded selection of partner software integrators.”

In addition to the recent technology developments, Rideout reported that the company had achieved significant sales growth in all four quarters of 2018. After nearly two full years of active sales, the company has advanced from pilot projects to full production installations with customers nationwide, including several military applications. In 2018, WISER entered the U.S. Army’s inaugural xTechSearch competition, earning Phase I, II, & III awards, and followed this by participating in several military exercises across the United States.

WISER was also selected as a Chevron Technology Ventures Catalyst participant – just one of six CTV recipients to date. Chevron’s CTV program supports innovative companies with the potential to benefit the energy industry, helping these technologies mature and develop traction in the energy sector to enhance responsible energy production.